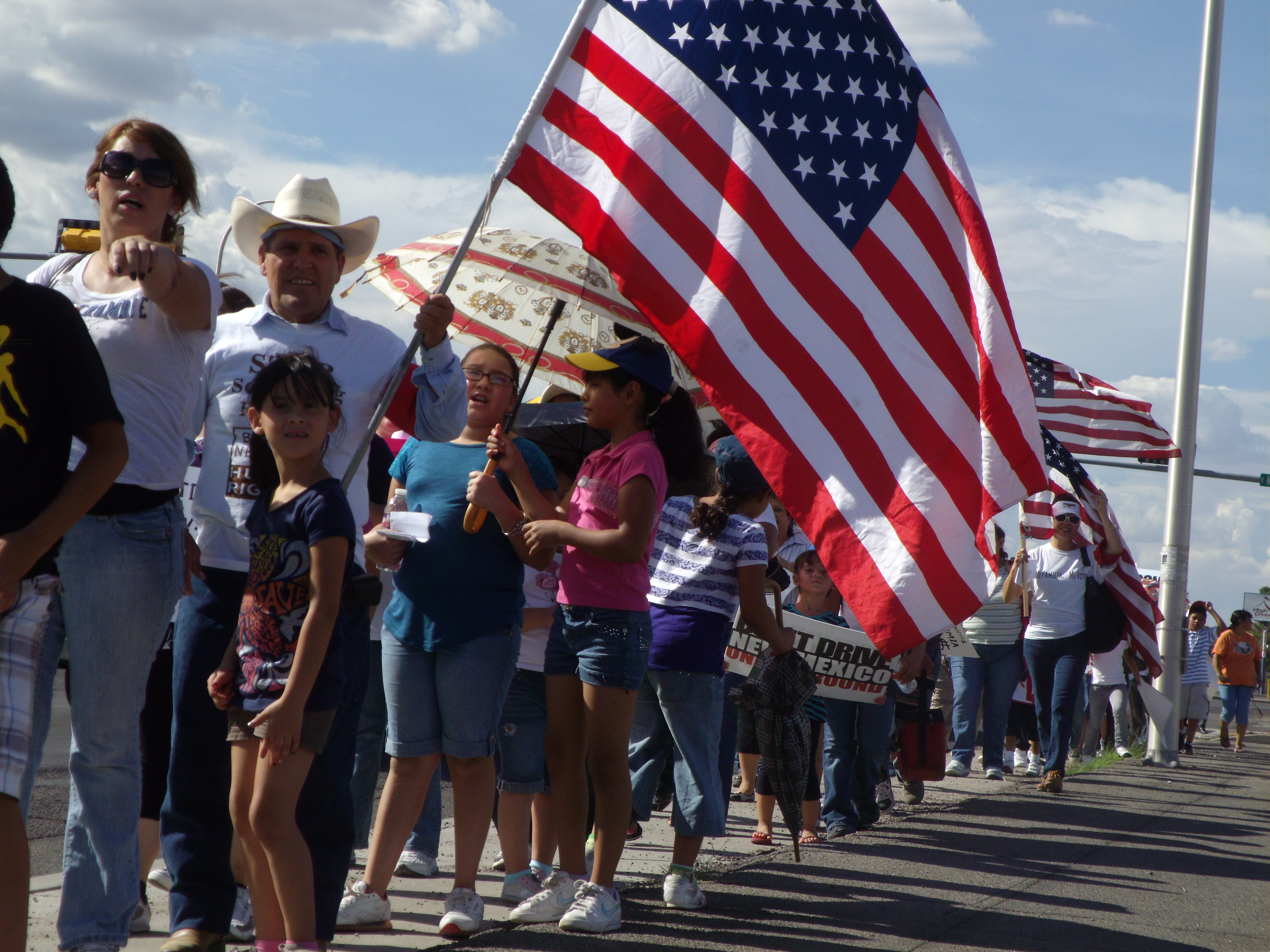 The delegation of community members made the long drive from Anthony and Las Cruces to be at the Capitol for the start of the redistricting special session. They sacrificed valuable time away from work and family to let lawmakers know that repealing the driverâ€™s license law is bad policy.

And why wouldnâ€™t they?

The fact is that those living in the southern part of the state are going to be most impacted by a repeal of the common-sense driverâ€™s license law. To illustrate this fact, the delegation brought with them 5,000 signatures from southern residents opposed to a repeal.

â€œFirst of all, I think taking away licenses is going to effect citizens more than immigrants because we will have to pay more in insurance and taxes,â€ Sandra Montoya, of Las Cruces, said. â€œIf they repeal the law and we have an accident, people are not going to be able to prove that they have insurance or even a license to drive.â€

Residents started the day with a press conference to make their case to the public that a repeal of the law would impact every driversâ€™ safety and hard-working families in their communities.

â€œThey need to hear from us,â€ Lourdes Cruz of Las Cruces said. â€œI want them to know that what they do effects families in my neighborhood.â€

The delegation then broke into teams to deliver the dozens of boxes filled with petitions to lawmakers. Shortly before the ceremonial start of the special session, residents invited lawmakers to sit down for a round table discussion of driverâ€™s licenses with community members and policy experts. Visits with residentsâ€™ own senators and representatives followed in the afternoon.

There is no doubt that targeting immigrants plays well with fringe right-wing groups and that any talk of immigration serves as a dog whistle to nativists and xenophobes. In fact, the governor is betting on it.

â€œThis is a divisive agenda and it reflects the complete ignorance many people have of immigrant communities,â€ Fernando Garcia, Executive Director of BNHR, said. â€œThis has nothing at all to do with safety but with a political agenda that capitalizes on prejudice and anti-immigrant scapegoating.â€