On Wednesday, the border goes to D.C. to set the story straight

More than 200 people are traveling to D.C. to make sure that the voices of the border are brought into the immigration reform debate 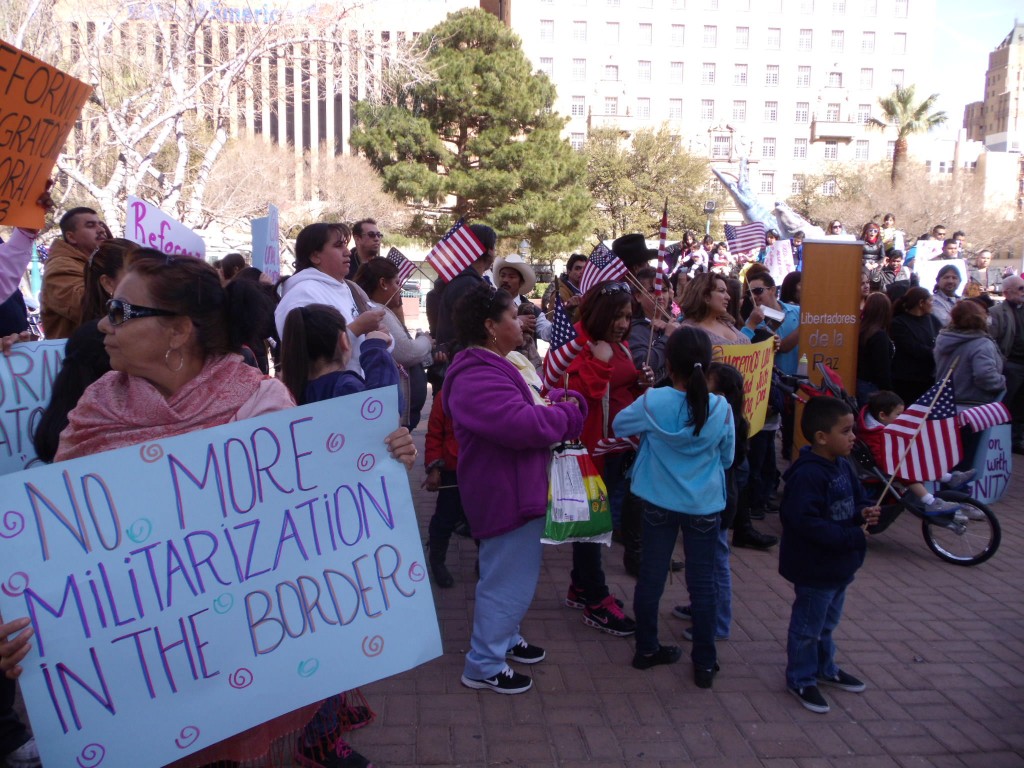 (WASHINGTON, D.C.) – While every border security benchmark from the failed 2007 immigration reform bill has been met or exceeded, many politicians from both side of the aisle are still using talking points that are stuck in the past.

Whether it’s Barack Obama, Mark Rubio, or John Boehner, all of the major players political players in the national debate over immigration reform all agree on one thing: more border enforcement first.

On Wednesday, the border is coming to the Hill to set the story straight.

Local elected officials, faith leaders, civil and human rights experts and business leaders from both the northern and southern borders are joining about 200 people who live and work in the border region for a day of advocacy in D.C.

They are traveling by plane, car and on buses from as far away as El Paso, Texas and Washington state. Many are spending a total of four days on the long drive to D.C. to make sure their voices are heard.

They will all spend the day meeting with lawmakers to explain the reality of life on the border and to ask for real solutions for border security – including creating accountability and oversight for border enforcement agencies, strategies and operation.

At 12:30 p.m. at the House Triangle, they will join Rep. Raul Grijalva, Rep. Beto O’Rourke, El Paso County Judge Veronica Escobar and others for a press conference to explain what border communities are asking for in the context of immigration reform.