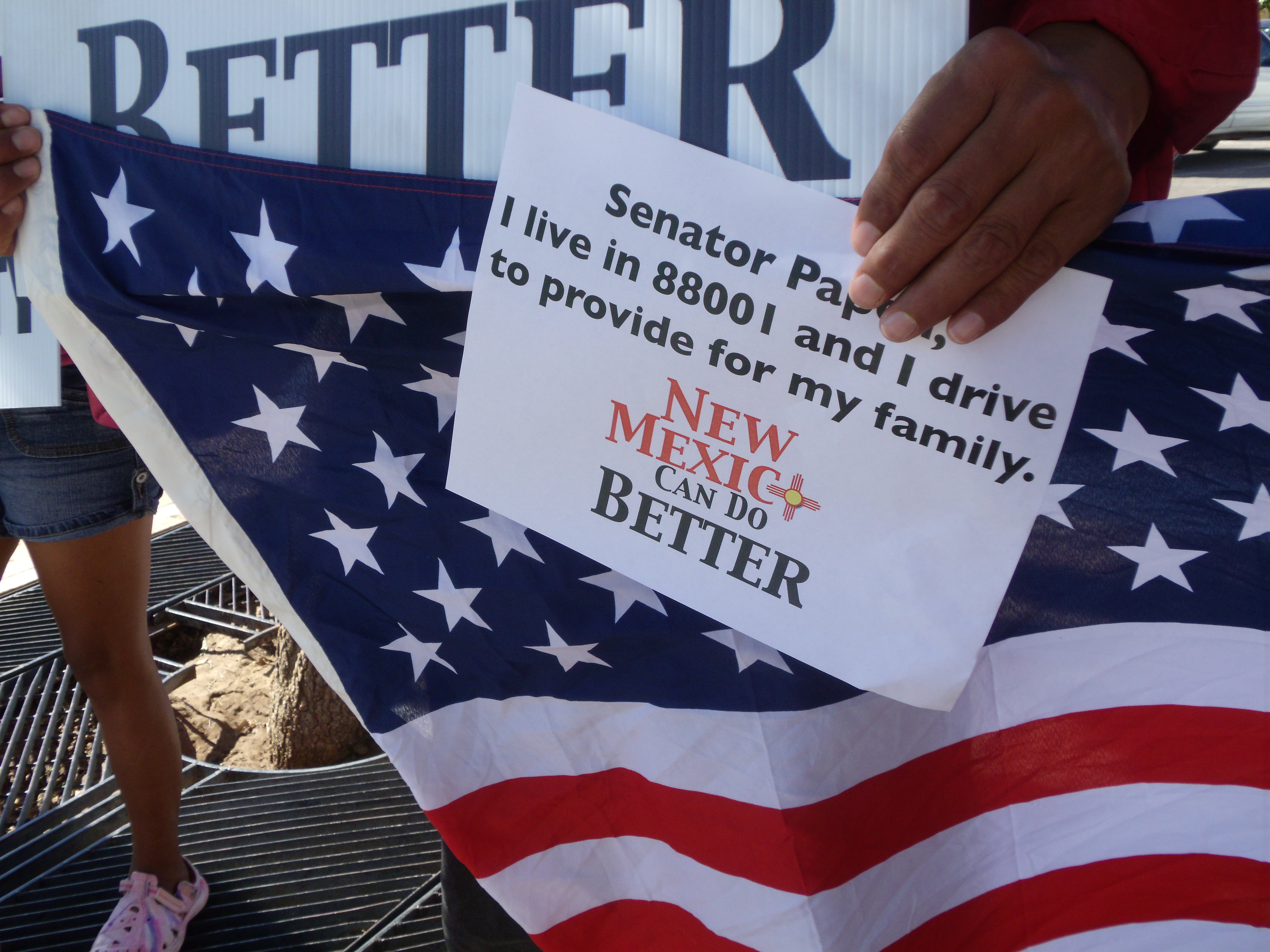 â€œShe keeps talking about terrorists getting fake licenses,â€ said Araceli Alvarado, of Las Cruces, of Gov. Susana Martinez. â€œBut Iâ€™m not a terrorist. My license isnâ€™t fake. Iâ€™m a mom and I have to drive my kids to school.â€

The governor has been pushing an agenda based on fear in the state. And today, hundreds of constituents from Districts 37 and 38 told the senators to stand on principle.

â€œAny vote to repeal the law is a vote for radical, right-wing, tea party politics,â€ said Jose Manuel Escobedo, Policy Director of BNHR. â€œA vote for repeal is not based on what is best for the state, but based on the politics that rile up the governorâ€™s base.â€