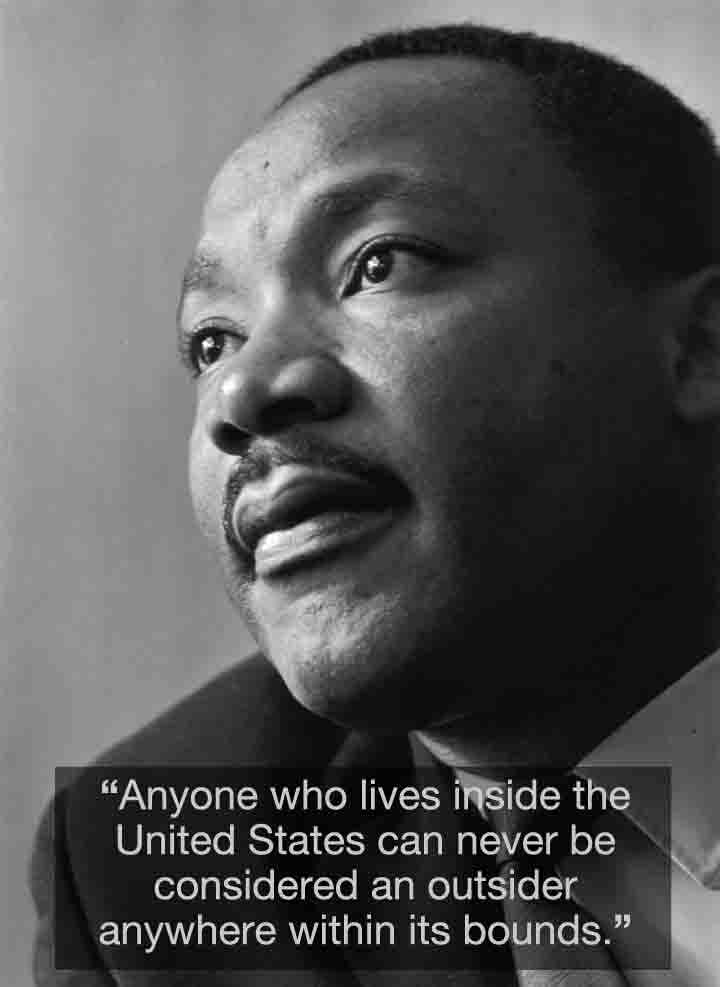 â€œ…I am cognizant of the interrelatedness of all communities and states. I cannot sit idly by in Atlanta and not be concerned about what happens in Birmingham. Injustice anywhere is a threat to justice everywhere. We are caught in an inescapable network of mutuality, tied in a single garment of destiny. Whatever affects one directly, affects all indirectly. Never again can we afford to live with the narrow, provincial “outside agitator” idea. Anyone who lives inside the United States can never be considered an outsider anywhere within its bounds.â€ – â€œLetter From A Birmingham Jail,â€ Martin Luther King, Jr., April 16, 1963.

The fight for immigrant families to keep their driverâ€™s licenses must remind us of the ongoing struggle for equality, justice and human dignity in the U.S. In remembrance of Dr. King and his vision for human rights, t he Border Network for Human Rights and southern New Mexico community members will march in Las Cruces on Monday, January 16.

More than 300 people will march from the Las Cruces Workforce development center to the Motor Vehicle Division to symbolize the interconnectedness of the fight for civil rights, labor rights and human rights.