From RITA: Statement On The Failure Of Anti-Immigrant “Sanctuary Cities” Bill In Texas 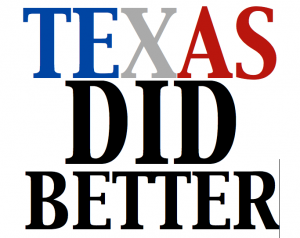 The Reform Immigration for Texas Alliance, a multi-sector statewide initiative that includes civil rights organizations, faith leaders, academics and others released the following statement on the death of HB12 in the Texas Legislature. BNHR is one of over a hundred members in RITA.

The entire statement can be found below:

As the clocked ticked down the final moments of the 82nd Legislative session, the prediction of some Senate Democrats that their Tuesday vote to block HB12 was the end of â€œsanctuary citiesâ€ came true.

Sen. Tommy Williams did not try a second time to bring up the Arizona-style proposal and HB12 died a silent and painless death as Lt. Gov. Dewhurst adjourned the Senate.

The victory over irrational legislation belongs to communities in El Paso, Dallas, Houston, Fort Worth, Austin, San Antonio, Texas Valley, West Texas and others. RITA is proud of the efforts of our state-wide alliance and other advocacy groups such as the TRUST coalition. They all made the difference with civic actions, an energetic strategy and deep dedication to Texan values and rights.

The failure of HB12 was inevitable considering the far-reaching opposition to it that included police chiefs and sheriffs, faith leaders, business associations, Texas communities and civil and human rights activists across the state.

If Texas had followed the Arizona path of prejudice, xenophobia and intolerance towards immigrants, the U.S. values of liberty and justice for all would have been eroded in this great state for generations.

Civil and human rights activists should be bolstered to know that if anti-immigrant legislation canâ€™t pass in Texas with a Republican supermajority voting party-line, it canâ€™t pass anywhere.

What started in Arizona a year ago was stopped in Texas Wednesday.

Source: RITA Statement On The Failure Of Anti-Immigrant â€œSanctuary Citiesâ€ Bill In Texas