From NESRI: Why Victory by Texan Immigrant Communities Against Rick Perry’s Extremist Agenda Is Important for the US Human Rights Movement 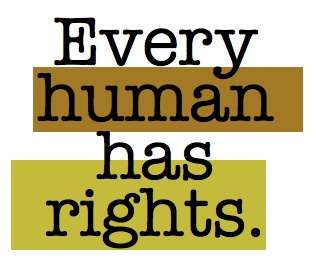 Our friends at the National Economic and Social Rights Initiative posted their analysis of the failure of HB12 to pass in the Texas Legislature this session.

You can read the entire article below:

The Reform Immigration Texas Alliance (RITA) last night defeated an abusive and xenophobic bill that would have unleashed lone actors within law enforcement to check for immigration status, even against orders by their departments.Â  This bill would have destabilized communities as well destroyed trust between sheriff departments and the communities they serve.Â  Defeating the bill in the context of Texas not only having a super-majority of Republicans, but a large swath of self-identified die-hard xenophobes in power (with the most virulent strain represented by the Tea Party), is clearly a victory in defense of the human rights of immigrant communities.Â Â  This victory can be viewed narrowly as one in a long line of battles on immigration issues, but in doing so we would miss some of the most important underlying political dynamics at play.

RITA is coordinated and led by the Border Network for Human Rights, a membership based network of over 700 families on the border.Â  These families make up some of the poorest and most vulnerable communities in our country.Â  Many of the families live in trailers often outside of incorporated areas without even electricity or water services provided.Â  Formal literacy cannot be assumed, but what is clear to anyone visiting this extraordinarily vibrant community is that political awareness and education, social justice consciousness, and deep commitment to one another and to human rights values are the norm.Â  These communities, along with many others across Texas (not all on the border) also poor but organized and committed, have defeated some of the fiercest reactionary forces in our country today.Â  And this is the political lesson to be taken from this victory.Â  Just as the Vermont Workerâ€™s Center shepherded the first state-wide universal healthcare bill in the United States to victory through organizing working people under the banner of human rights, so has BNHR stemmed the tide against abuse in Texas.

And BNHR has not built its power and values through identity based politics whereby immigrant communities bunker down in self-defense.Â  On the contrary, as Fernando Garcia Executive Director of BNHR said in a recent podcast, â€œthere are no such things as immigrant rights, there are the human rights for immigrants and for everybody else. â€œÂ Â  In short, BNHR is not an immigrant rights organization; it is a human rights organization with 15 points of struggle, including core economic and social rights such as housing, labor rights, health care and education.Â  And there are more community based human rights organizations like BNHR growing across the country combining constructive engagement and a human rights social vision for the future. Collectively this growing effort holds promise for building a long term vibrant human rights movement in the United States.

You cannot talk about health care or education or immigration.Â  What is really at stake in this nation is what kind of society we are going to have for the future of America.Â  A society that actually persecutes people, undermines rights, deny the opportunity for kids to go to school, to eliminate unions, to alienate immigrants.Â  Or a society that is much better than that.Â  A society that actually embraces the idea of America, of communities â€“ those values that we appreciate.Â  â€¦Â  (Fernando Garcia, BNHR Executive Director)

Community organizing focused on constructive engagement through human rights values has been the answer to abusive extremists in Texas today.Â  Tomorrow, this needs to be our answer to all extremists who threaten the dignity, equality and freedom of any community anywhere in the United States.

BNHR and NESRI are members of the Human Rights at Home Campaign, which advocates for cross-cutting human rights institutions, monitoring and implementation at the federal, state and local level in the United States.Â  To learn more, see www.hurahcampaign.org.

Source: Why Victory by Texan Immigrant Communities Against Rick Perry’s Extremist Agenda Is Important for the US Human Rights Movement