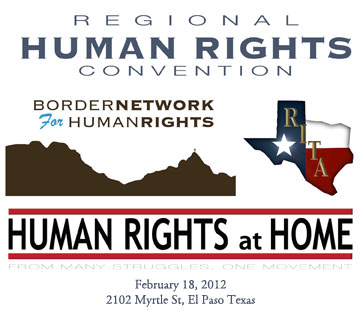 (EL PASO, Texas) â€” The next national movement for equal rights is kicking off in El Paso. As part of the national Human Rights at Home campaign aimed at building a human rights movement, the Border Network for Human Rights has organized the El Paso Regional Human Rights Convention for February 18. The convention will bring communities in West Texas and Southern New Mexico together to define what human rights means

At 9:30, 500 convention attendees will march into the Mercado. Invited speakers and representatives from participating organizations (listed below) will give their remarks starting at 10.