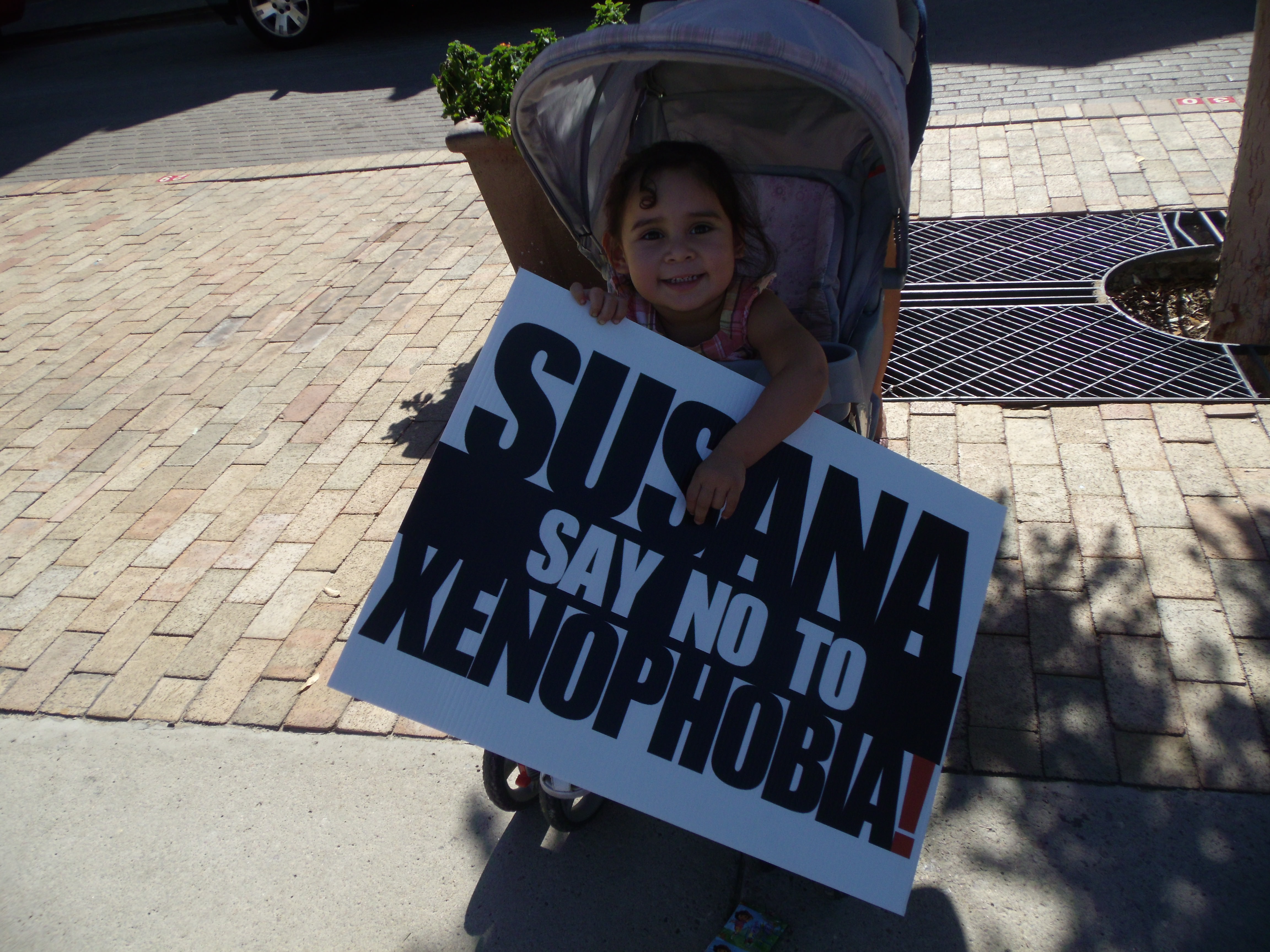 (ANTHONY, New Mexico) â€” In the end, the pressure was too intense.

Of the several bills designed to restrict or repeal driverâ€™ licenses for immigrants living in New Mexico, none passed in this special session.

Lawmakers in Santa Fe were faced with more than five thousand petitions, hundreds of phone calls, multiple mobilizations and thousands of protestors. The legislature was under pressure from local elected officials, religious leaders and most of all, from their own constituents.Â  They reacted to the intense public debate happening across the state and in the end, both parties rightfully turned their backs on the bills.

â€œThis is another nail in the coffin for anti-immigrant rhetoric. This sets an import precedent because they could not force their xenophobic vision on New Mexico,â€ said Fernando Garcia, Executive Director of BNHR. â€œAnd why? Because they didnâ€™t have the statewide support they thought they did.â€

Garcia added: â€œWorking families, students and communities were the victors today because the New Mexico tea parties and Susana Martinez couldnâ€™t impose their regressive, anti-immigrant agenda in the state,â€ he said.

The news of the billsâ€™ defeat traveled fast out of Santa Fe and was met with cheers in communities in the southern half of the state, where the repeal would have had the most profound effects on families.
â€œWeÂ feel very proud that we won this battle against racism and hatred and the agenda of anti-immigrant, anti-Hispanic Susana Martinez,â€ said said Lourdes Cruz, BNHR Las Cruces Coordinator. â€œWe defeated hatred and that gives us pleasure.â€

But much damage has been done. Martinez turned neighbors against each other and created fear where understanding and cooperation should reign.

And Martinezâ€™s aggressive, fear-mongering tactics leave behind a divided state and an impression that many wonâ€™t soon forget. She shamefully compared immigrants to terrorists, foolishly complained that her heritage was under attack, stifled dissent and abided racist language from her supporters.

Itâ€™s likely that the governor will have lost more than just her crusade against immigrants this session.

â€œWe are happy today, but we feel disappointed to have a governor who is Hispanic and still tries to divide our communities,â€ Cruz said. â€œThat is a big shame.â€

Martinez is already feeling the cost of divisive political posturing. Her appearance at the conservative Hispanic Leadership Network meeting in Albuquerque this weekend was overshadowed by hundreds of protesters with one message: New Mexico is against anti-immigrant politics.

In a dramatic gesture, a group of students interrupted her speech with chants and handed a basket to one of her aides, filling it with their driverâ€™s licenses. â€œGive her what she wants!â€ the students yelled.

For the second time this year, the ugly and xenophobic politics of Arizona that have infected many state legislatures have been defeated. First, Texas did better and now in New Mexico, communities made a stand and lawmakers listened.