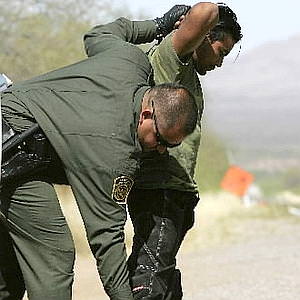 AUSTIN, Texas – The U.S. Customs and Border Patrol agency (CPB) is facing a handful of lawsuits and potential lawsuits over claims of rampant misconduct against both immigrants and U.S. citizens. An alliance of advocacy groups recently filed actions against the CBP outlining 10 such cases. Six of the plaintiffs are from Texas.

Adriana Pinon, a senior staff attorney with ACLU of Texas, described one such incident.

“Our client is a United States citizen who was forcibly thrown to the ground, injured and arrested by a CBP agent while she was going about her routine day, and the CBP agent took these actions without any justification,” Pinon said. “As a result, she was physically and emotionally injured.”

Pinon added that the woman did not interfere with police, nothing was found in a search of her car or belongings, and no charges were brought.

Customs and Border Patrol does not comment specifically on pending litigation, spokesman Bill Brooks said, but he added that “we don’t tolerate misconduct or abuse within our ranks, and we fully cooperate with all investigations of alleged unlawful conduct by any of our employees and contractors.”

Pinon said these kinds of abuses are all too common in border communities, and that has to change.

“For the agents that we have on the border, we do need more training, and we need accountability and some transparency, so we can precisely figure out when these incidents happen and how to find solutions that will stop them from happening in the future.”

The filings come amid a national discussion on immigration reform. Several proposed plans include a path to citizenship, but some want that coupled with thousands more agents patrolling the border. Pinon said CPB is already the country’s largest law enforcement agency, and expanding that without accountability could make a bad situation worse.

“It’s important right now to call attention to these types of abuses because a lot of people are calling for more border patrol agents as a precondition to getting any sort of comprehensive immigration reform passed,” she said, “but the solution isn’t just putting more boots on the ground.”

More information from the American Immigration Council is available at http://bit.ly/cNIFcs.