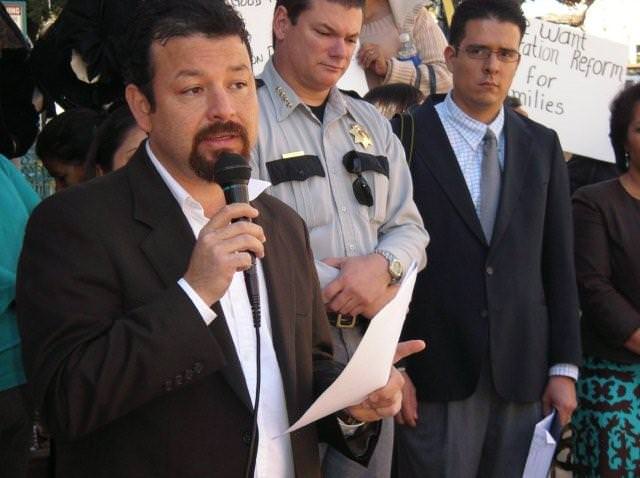 Fernando Garcia speaks at a "Texas can do better" rally in Austin, Texas.

Fernando Garica has been personally invited to President Obama’s visit to El Paso on Tuesday, May 10.

Amid speculation about the purpose of the visit, the White House announced on Twitter that Obama would in fact be discussing immigration.

BNHR believes that comprehensive immigration reform is badly needed in the U.S. The failure of the Obama administration to act on immigration has led to the overreaction of states like Arizona, Utah and Georgia. The Texas House of Representatives is voting on an Arizona-style law today.

We urge the President to start the U.S. on the road to comprehensive immigration reform.