Border Communities Thrown Under the Bus At House Hearing on Immigration 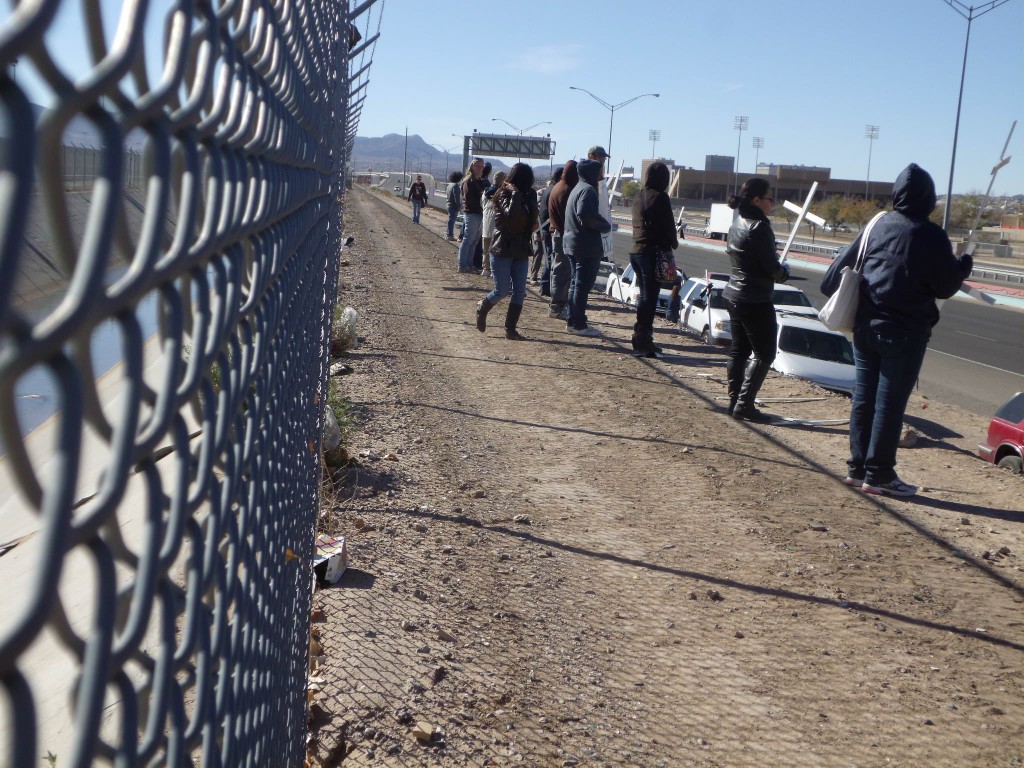 Members of the Border Network for Human Rights protest punitive and unaccountable enforcement against communities at the border fence between the U.S. and Mexico in El Paso on Human Rights Day, Dec. 10, 2012.

(EL PASO, Texas) —  There was a lot of talk about border security from leaders of both parties at today’s immigration hearing in the House Judiciary Committee. Unfortunately, it was all rhetoric from people who don’t seem to understand the reality of the border.

The usual suspects such as Republicans Rep. Lamar Smith and Rep. Steve King called for “securing the borders,” despite the massive enforcement of the last several years. But we also saw Democrats Rep. John Conyers and San Antonio Mayor Julian Castro conceding that “more must be done.”

Worse yet, Republicans specifically fail to recognize what has been done: 22,000 boots on the ground, 640 miles of fencing and walls, the deployment of the National Guard and military units, increasing the use of military technology including unmanned drones, and $18 billion spent on immigration enforcement last year alone.

“It’s very interesting to us on the border that the only people talking about border security at today’s hearing were politicians. While the panel experts wanted to talk about solutions, some politicians would rather talk about the boogie man of border security. This shows how out of touch the committee is with the reality of the border,” said Fernando Garcia, executive director of BNHR. “We are living under the massive buildup of enforcement from the last several years on the border. And while these politicians want to talk border security, they seem unwilling and unable to talk about the consequences of it. These consequences include civil and human rights violations in our communities, migrant deaths and families torn apart.”

Border Network welcomes the committee to learn more about the border.

“Rep. Conyers said he would like the committee to visit the border and we think they should come on down and learn the truth before proposing politically-motivated ideas that have real life and death consequences for our community,” said Garcia.