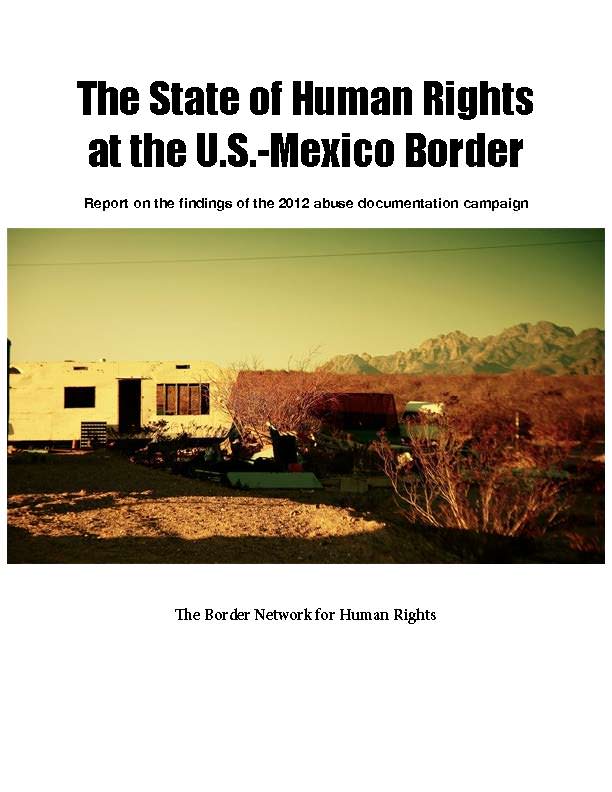 BNHR has been conducting campaigns to document human rights abuses in West Texas and Southern New Mexico since 2000. Each campaign is followed by a report that details the findings and makes recommendations on how to uphold constitutional and human rights in our region.

The 2012 campaign was conducted from May 2 – May 15, 2012. Volunteer documenters, all members of Border Network, set up documentation stations across the region and ask people to report abuses by law enforcement agencies. EIghty six of these volunteers covered a wide area stretching from in and around Las Cruces, New Mexico to San Elizario, Texas, east of El Paso.