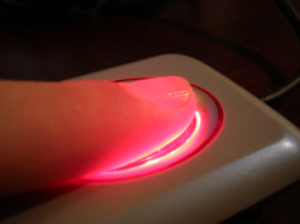 RITA’s policy director, Jose Manuel Escobedo, was interviewed by the McAllen Monitor about the passage of SB 9, an S-Comm bill last week. RITA has already stated that this bill is bad for Texas.

An excerpt from the Monitor’s article:

…Immigration advocates say Secure Communities goes beyond catching serious criminals to deporting immigrants who arenâ€™t found guilty or may actually be brought in as a witness or victim. A report by the National Immigration Forum found nearly 90 percent of people screened under Secure Communities were in custody on low-level charges while one-third of people detained by ICE under the program had no history of criminal conviction.

The stateâ€™s legislation also prohibits local jurisdictions from making decisions on its implementation, including carving minor offenses from the reporting requirements, said Jose Manuel Escobedo, the policy director for the Border Network for Human Rights. He said the senateâ€™s Secure Communities legislation could become the precursor to harsher immigration measures.

â€œWeâ€™ll be the first to say that Senate Bill 9 is no Arizona bill, but weâ€™re concerned that this bill is the vehicle for the premise that the state can do policy around immigration,â€ he said. â€œItâ€™s that mentality that created Arizonaâ€™s policy and has now led, for example, Georgia to pass some of their own Arizona-modeled legislation.â€

There are a few things to take away from the article. Democrats are using ‘public safety’ to frame legislation that has clear anti-immigrant consequences. McAllen Police Chief Victor Rodriguez said S-Comm is a “cost-effective way to address criminal immigrants without saddling local police officers with federal immigration responsibilities.” The problem with this of course is that the vast majority of those screened are low-level offenders with no criminal history. We can’t let Chief Rodriguez speak for Texans on S-Comm.

The final thing missing from the article is the issue of paying for all of this. We don’t believe Texans will be willing to pay higher taxes to fund cities and counties doing the work of federal immigration officials. What do you think?