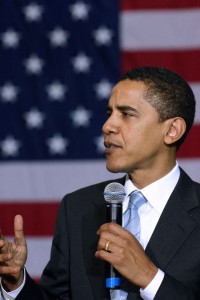 EL PASO, Texas â€” BNHR Executive Director Fernando Garcia has accepted an invitation to meet with President Obama during a visit here on Tuesday. The White House confirmed last week that president is coming to the state to speak to Texans about immigration. Garcia will attend a private meeting with Obama and others before the Presidentâ€™s scheduled speech at the Chamizal National Memorial.

During his campaign in 2008, Obama made a promise to make immigration reform a top priority if elected. Since then, the Hispanic community has watched as immigration reform has fallen by the wayside, while ICE crackdowns have increased since the Bush administration.

In a report released in October 2011, Homeland Security Secretary Janet Napolitano and Immigration and Customs Enforcement Director John Morton touted the record number of deportations under Obama and the approximately $50 million in financial sanctions against employers, which is â€œmore than the total amount of audits and debarments than during the entire previous administration.â€

El Pasoans are no doubt anxious to see the President, who won El Paso county 65% over 33% against John McCain in 2008. Part of his victory with Hispanics was his promise to fix a broken immigration system that wastes money, resources and makes our border less safe.

We ask the President to remember his 2008 promises and put border security first in both his actions and his words.