Rep. Reyes is to be commended for showing leadership on an issue that has touched border communities from California to Texas.

PBS recently aired previously unseen footage of the killing of Anastasio Hernandez Rojasin San Diego. The video taken by a U.S. tourist at the port of entry shows about 20 officers surrounding Rojas, beating and tazing him. 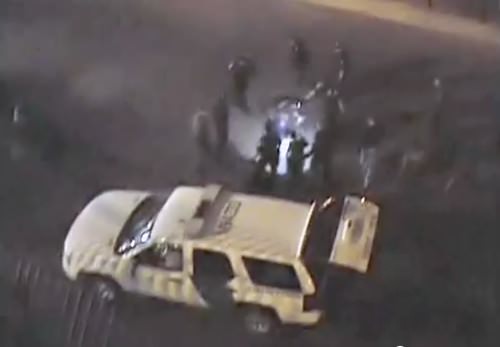 Video released in April 2012 shows Anastasio Hernandez Rojas surrounded by Border Patrol agents who beat and tazed him. One of the agents is shining his flashlight on Rojas, who is on the ground.

And here in El Paso, the 2010 killing of 15-year-old Sergio Hernandez-Guereca and the recent decision by the Department of Justice not to pursue charges in the case compounded the trauma for border communities and broke the trust of communities in law enforcement and in the Obama Administration.

“We commend the leadership Congressman Reyes has taken in sending this letter. We also believe that there need to be mechanisms in place to ensure the accountability of border law enforcement officials to the communities they serve. And we are calling on other Congressmen along the border to join Congressman Reyes in calling for accountability and oversight,” said BNHR Executive Director Fernando Garcia. “We believe this is a positive step and we are going to continue working to bring justice for families and victims and to create change that would stop these violent situations from ever happening again.”

BNHR is also calling on Congress to create an independent border enforcement review commission that looks into any cases of violations of civil and human rights by border law enforcement agents and programs.

BNHR has been calling for justice the killing of Sergio Hernandez-Guereca since news of the teen’s killing.